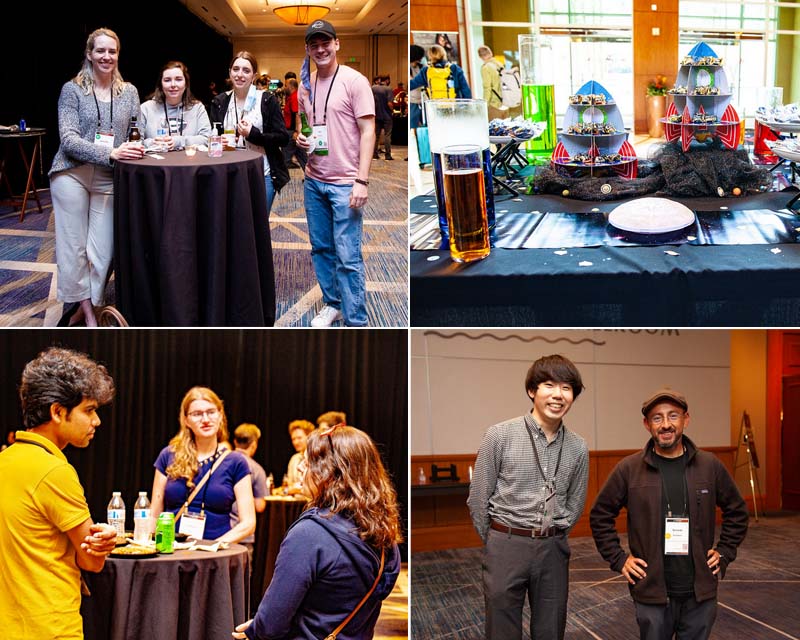 Martha S. Gilmore is the Seney Professor of Geology in the Department of Earth and Environmental Sciences at Wesleyan University in Middletown, Connecticut. Gilmore is a geologist who specializes in the study of planetary surfaces using geomorphic mapping and violet/near-infrared (VNIR) spectroscopy on Venus, Mars, and Earth. She compares spectral signatures from field and laboratory work to orbital images to better interpret the signals received from remote sensing platforms.

Gilmore is a world-renowned expert on Venus geology and the oldest rock units on Venus located in tessera terrain. She has served NASA as co-chair of the Committee on Astrobiology and Planetary Sciences, as a member of the Committee on Planetary and Lunar Exploration and the Planetary Science Decadal Survey, and as Deputy Chair of the Venus Exploration Analysis Group. She is a science team member on the Deep Atmosphere Venus Investigation of Noble Gases, Chemistry and Imaging (DAVINCI) and Venus Emissivity, Radio Science, InSAR, Topography and Spectroscopy (VERITAS) missions to Venus. In addition, she has been a co-investigator on other Discovery and New Frontiers proposals as well as other mission and instrument concept ideation and study. She was the principal investigator of a Venus Flagship Mission Concept Study for the current Planetary Decadal Survey.

History of the Masursky Lecture

During his 20-year career in planetary science, Harold Masursky (1923–1990) was a world-renowned pioneer in space exploration. He applied his many talents to the fields of economic, structural, and planetary geology. In the 1960s he played a major role in the choice of Apollo landing sites. In the 1970s he headed the scientific team that first mapped the planet Mars, and he was actively involved in the selection of the Viking landing sites. Through the 1980s he was a key figure in Voyager Project. His work has resulted in over 200 publications. One of his major contributions was as president of the Working Group for Planetary System Nomenclature of the International Astronomical Union. He was the recipient of many honors from NASA, USGS, and other scientific organizations. His contributions to planetary geology, to the design of spacecraft instruments, and to international scientific cooperation will long be remembered. As a tribute to his work, the Lunar and Planetary Science Conference (LPSC) organizers decided to incorporate into the annual program a lecture series in his honor. The first of these lectures was held at the 23rd LPSC in 1992.